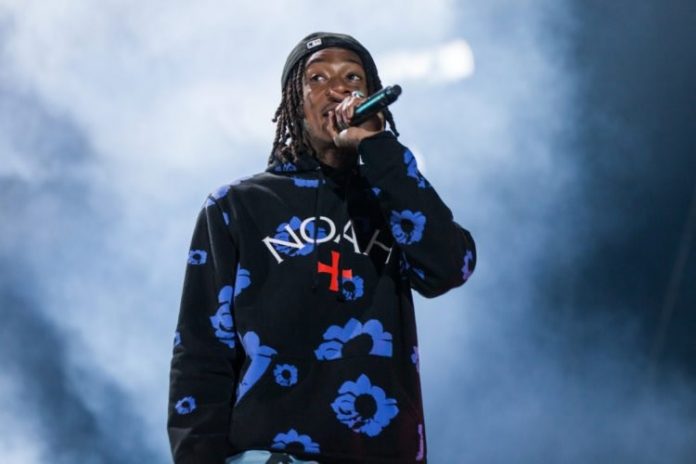 Expression and transformation. These are two words that come to mind when Wiz Khalifa is on the table. Born Cameron Jibril Thomas on September 8, 1987, the rapper from North Dakota seems to constantly turn the tables—revolving the stakes, changing the game. There’s no song in his category that’s even remotely the same as the next. He’s creative, and he’s extraordinarily focused even when he’s singing about burning it up after rolling. With seven studio albums to date and many other features and collaborations, we’ve compiled the 10 best songs out of his impressive catalog—an impossible task but manageable. See if you agree with our number one.

If Wiz is anything, he’d be described as fun. The Thrill is the epitome of his creativity. This song is so different from so many songs. The vibe may be California-cool, but there’s an underlying darkness to it all. “Searching for the thrill of it,” Wiz says. It’s a standard for many. The song features the Australian electronic music duo, Empire of the Sun.

High energy and captivating, Dem Boyz may not be Wiz’s best lyrical work. But it doesn’t mean it’s not worth bopping to. Sometimes you just need that song to roll your windows down to and jam with. This is that song. It’s fun. It’s good vibes. There’s really not much more to it. The single was a hit and one that we won’t get tired of hearing.

The second song from his debut album, Roll Up seems like it’s from the Wiz of ages ago. This song debuted at number 48 on the US Billboard Hot 100 and peaked at number 13. We believe the appeal of the song is in its accessibility. It sounded unlike many other rap songs from 2011. The catchy chorus and the romantic theme are something that everyone could somehow relate to (or at least imagine). It’s the kind of song that gets stuck up there in your head. No wonder why we’re still playing it even 10 years later.

Everyone knows that Wiz likes to roll it out. He claims so every chance he gets. But we also know that Wiz is one of the hardest-working rappers out there. This is the reason why he’s considered to be one of the bests in his generation, and the music that he puts out definitely shows it. Work Hard Play Hard is something real for the rapper—it’s the motto of his life. This song has been featured in a commercial in 2017 and also in the first trailer for The Boss Baby: Family Business.

Perhaps one of the most recognizable songs from the artist, Black and Yellow could arguably be in a higher position here on another day. Black and Yellow is one of Wiz’s first successes. The song peaked at number one on the US Billboard Hot 100. It highlights his life growing up in Pittsburgh and his yellow Dodge Challenger Hemi with—you guessed it—black stripes, also a tribute to the Steelers. This song also earned Wiz his first Grammy nomination in 2012.

The intro phrase to this song alone is enough to get you hooked, but Wiz doesn’t just let it up there. Solid lyrics and solid rapping are what this song is all about and why it’s so good. There’s no flash or flare. There’s no fanfare. It’s just a rapper doing his thing, and that’s one of Wiz’s strengths. He doesn’t need much to sound incredible. He just stays true to himself.

It’s hard to think this song was the first single from Wiz’s 2009 album, over a decade ago already. This Plane features an excellent beat and an even better hook. The song never gets old; many claim it to be a classic already. Wiz is slick in his talking, and his lyric game is strong as always. “Stuck alone in this wave race; the day I’m living too fast; don’t plan on changing my pace; got one foot on the gas; there’s never a need for brakes,” Wiz sings here. He definitely hasn’t slowed down since.

The song received mixed reviews from critics. Wiz probably would’ve just shrugged and said, “So what?” This is one of the reasons why Wiz’s music stands out from many other rap songs out there. He isn’t trying to please the masses or the critics much. He does his style. He has fun. He expresses himself. With a simple piano hook and basic hip-hop drums, Wiz and Snoop created something that’s as memorable as that one summer. Remember that one when we were young, wild, and free?

Wiz killed it in this song. His flow was ridiculous on this trick. Props to 2 Chainz as well, but Wiz outshines his fellow rapper by a mile. Wiz does well in the pre-chorus and chorus bits as well. This song is featured in the movie Fast & Furious 6, and it resonates with the same energy of the movie and the entire franchise. We Own It is cinematic and grand. It’s ride or dies.

It’s interesting that the top two spots on this list happen to be featured on two Fast & Furious films. See You Again featuring Charlie Puth was the main song out of Furious 7, and to say that it made an impact is an understatement. That’s likely due to the nature of the song and who it was really dedicated to. The death of Paul Walker affected many—in the industry and just everywhere in general. The song itself is great, but the meaning behind it is a million times better. Wiz Khalifa established his introversion, his creativity, and his depth through this song. This one is heavy and invokes more than what’s on the surface. See You Again is a song that will make a difference for a really, really long time.

To find more articles like this, please visit: https://aswehiphop.com/